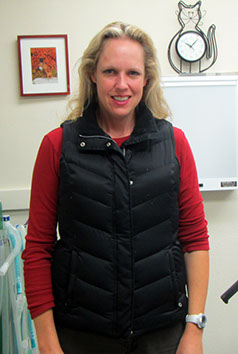 An ultrasound is similar to an x-ray, but provides real time evaluation of your pet’s internal organs. Ultrasounds can locate foreign bodies in the intestine without costly and time consuming x-ray procedures, leading to earlier intervention and surgical removal. An ultrasound examination is less invasive, less stressful and more comfortable for your pet.

In special cases, we may have Dr. Kristi Gibbon from Utah Veterinary Internal Medicine bring their ultrasound or endoscopic equipment to Animal Medical Clinic as an additional diagnostic tool. 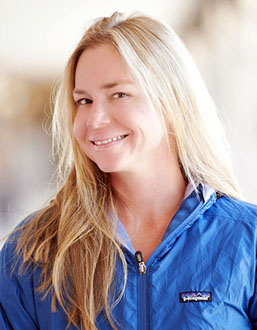 Amy M. Knollinger, DVM, is a 3rd generation Florida native who earned hear Bachelor of Science degree from Florida Southern College. She then attended North Carolina State University for veterinary school and graduated with honors in 2000. Returning to her home state, she then performed a small animal rotating internship in Winter Park, Florida. 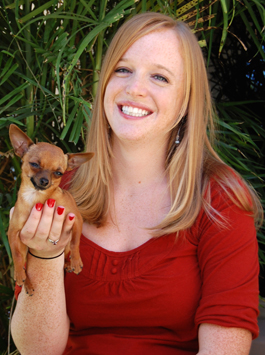 Dr. Miller was raised in Coeur d’Alene, Idaho, where her goal of becoming a veterinarian was discovered. Ever since she was a child she has loved the company of animals and has worked with them since she was a teenager.

She started to pursue her dream when she was accepted to Washington State University’s Honors College and majored in Animal Science. As an undergraduate she received numerous honors including membership in the National Collegiate Scholars, Phi Eta Sigma, and All American Academic Athlete. Following her freshman year, she was accepted into veterinary school through an advanced honors program and had the privilege of working with many different animals including cows, horses, wildlife, exotic animals, dogs, and cats. She spent three years on the WSU Women’s Rowing team, and participated in the PAC-10 and national regatta during her last two years.

Her athletic involvement, however, never interfered with her ultimate goal of becoming a veterinarian. In 2005 she received her Bachelor of Science in Animal Science from Washington State University and moved across campus to continue in the veterinary medicine program. During her second year of veterinary school she had her first class in veterinary dermatology and knew she wanted to be a part of that field. Through numerous externships in Pennsylvania, Minnesota, North Carolina, Washington, and Oregon she worked closely with veterinary specialists and greatly enhanced her skill in veterinary medicine, particularly in the field of dermatology.

Dr. Miller obtained her Doctorate of Veterinary Medicine (DVM) from Washington State University in 2008. She then moved to Tampa, Florida where she completed a challenging internship in small animal medicine and surgery at Florida Veterinary Specialists. During her internship she developed her skills in veterinary dermatology by spending extra rotations with board-certified veterinary dermatologists.

Dr. Miller began her residency in veterinary dermatology with Dermatology for Animals in 2009 and achieved board certification in November 2012. She practices at the Salt Lake City clinic and loves being able to pursue her love of the outdoors activities.

Dr. Miller enjoys spending time with her clients discussing their pets’ dermatology conditions. She is able to offer progressive and extensive options to make their pets comfortable and happy. She takes pleasure in working closely with the family veterinarian to determine the most appropriate dermatologic care. Her own adopted Chihuahua, Maybelle, has developed liver disease and has taught Dr. Miller the importance of patience when caring for an animal with a chronic disease. 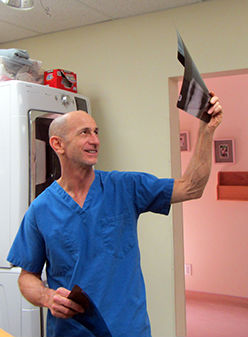 Dr. Smith was born and raised in Southern California. His love for skiing and the mountains brought him to Utah many years ago. He spent his summers as a wrangler at a summer camp in Antimony, Utah and attended the University of Utah where he earned a B.S. in biology. He then attended Colorado State University School of Veterinary Medicine.

After graduating from veterinary school Dr. Smith studied and practiced in Baltimore and Philadelphia, then returned to Utah and opened an orthopedic referral practice in Salt Lake City.

He has two wonderful children. Dr. Smith has had a Boxer, two Dachshunds, a Toy Poodle, a Cockapoo, a Teacup Poodle, a Dalmatian, a Great Dane, a Golden Retriever, three Labrador Retrievers, a Yorkshire Terrier and many cats throughout his life and has loved them all. He continues to enjoy the vast outdoor opportunities that Utah has to offer. 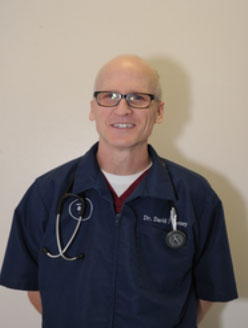 David Sweeney was born in Iowa and grew up in Minnesota, where he attended University of Minnesota Veterinary School. Finishing veterinary school in 1990, he worked for his uncle and his father, doing both small animal and equine work. In 1994 he moved from Minnesota to Salt Lake City, where he worked as an emergency veterinarian for the next six years.

In 2001, when his children were young, he worked at No More Homeless Pets in Utah, a Best Friend’s program, where he served as medical director of the spay neuter program, while also continuing to work part time as an emergency veterinarian at the newly established Animal Emergency Center in Sunset.

In 2007 David returned to full time emergency veterinary work, taking a position as associate veterinarian at the Sunset Emergency Clinic. In 2012 he and his family moved to Nebraska, where his wife took a position as Professor and Division Chief of Pediatric Nephrology at the University of Nebraska Medical Center. Since that time, Sweeney has commuted to Utah from Nebraska. He became Medical Director in 2014 and helped to lead the successful transition from Animal Emergency Center to WestVet Utah.

He and his wife Teri have two human children, Sarah and Sam, who will both be attending theUniversity of Nebraska this fall, in addition to two canine children, 8 year old Steve, a lab/border collie mix and a new puppy named Sebastian, a labradoodle. Outside of his passion for caring for sick and injured animals, David enjoys spending time with his family, road and mountain biking, going to plays and movies, and traveling.